A couple of weeks ago I attended Seattle’s first MLConf, a one-day machine learning conference. I knew from YouTube videos just how good this was going to be, and I wasn’t disappointed.

Here are some highlights:

Folksy Wisdom: Wear an interesting t-shirt. It’s an instant conversation starter, and you’ll make some good contacts. I met data scientists, a researcher, and a presenter this way.

The machine learning / data science community is small. Most people who talk about ML don’t do any; they’re vendors, executives, sales folks, and the press. The core group of practitioners is pretty tight-knit, even in tech-savvy Seattle.

One of the best ways to learn is from the smartest people you can find. If you become only halfway close to their level of competence, you’ll be more clever than your competition.

Like many small conferences, MLConf was heavily vendor-supported. The result was the usual bevy of startups trying to compete with Amazon by impressing everyone with their “presentations”.

That’s fine, I suppose. I don’t mind sitting in the audience while these folks speak; it’s a good time to catch up on reading research papers.

Machine learning, more than many disciplines, moves incredibly quickly from academic paper -> open-source library -> competitive advantage. This is a career where your skills become obsolete faster than in software engineering.

The key challenges in ML are timeless:

Some folks are working to make a difference. One example is medicine, where machine learning is used to do real-time fMRI decoding, genomic sequencing for personalized medicine, image classification of x-rays, and more. If you’re tired of working on online ads and want to help the world, this is a good option.

The challenges are substantial. Most medical data faces the curse of dimensionality. There are more features than patients, or even humans. Our physiology interacts in complicated and subtle ways, so data measurements are constantly skewed and biased.

As a result, many techniques must be invented just for medicine, proven, and then re-written to scale.

Amina’s hardly alone; influential people are talking about tensors. This’ll be an area to keep an eye on.

There’s a huge amount of media coverage of deep learning. Its results in the ImageNet competition and ability to self-identify features are truly impressive. However, it’s not a panacea…yet. The field is so new that there are few people proficient in their use, so practically nobody knows how to build, tweak, and support them. Plus, they’re effectively impossible to debug.

Deep learning is one of the few areas where revolutionary improvements in ML can come from, so it’s worth learning about.

‘Big data’ has come to mean “build a distributed stack that can query X terabytes of data”. Learning at scale is a much more difficult challenge. Microsoft’s Misha Bilenko spoke about some of the approaches used by Azure’s ML systems, notably the Learning from Counts approach. It was great to realize that this idea isn’t new (it was previously used for ‘pattern tables’ when applied to CPU branch prediction).

One core lesson from the day was that clever engineering, good judgment, and heuristics are needed to advance the field of machine learning. Using just math, or just more hardware, doesn’t advance the state of the art.

Technical conferences live and die by their community, and their content. A community conference like PASS Summit succeeds when it helps its presenters.

Several weeks ago, PASS advertised a survey, asking the community what topics and sessions they would be interested in. The survey link was sent out with the PASS Connector to 122.5K subscribers, and there were 85 responses. That’s roughly typical for large email surveys.

The raw survey results are available. However, one limitation with survey responses is sampling bias: survey results don’t reflect the audience they represent because some types of people respond more than others.

For example, 10.4 % of PASS Summit 2014 attendees were consultants, and yet only 3.6% of the survey responses were. To compensate for this, I biased (weighted) the survey results to be representative of the distribution of Summit attendees. In this example, consultant responses would be weighted by 2.88 (10.4% / 3.6% = 2.88).

The weighted survey responses are on GitHub.

On a scale of 1-4 (4 meaning ideal interest), the most popular session content is for new SQL Server features, demos, and script examples. 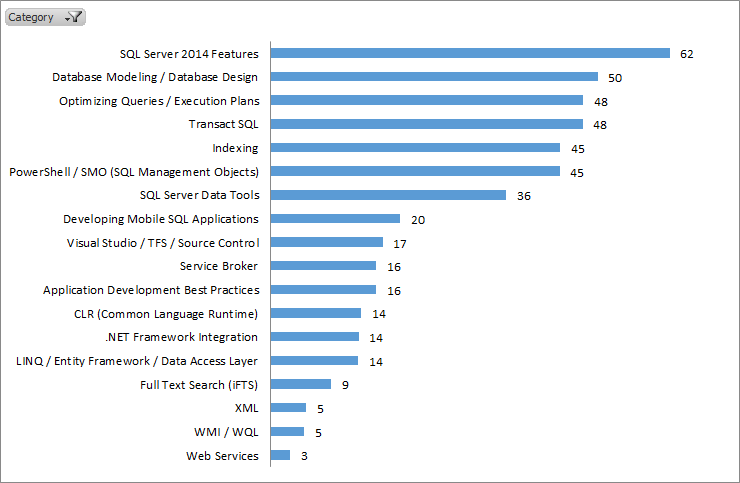 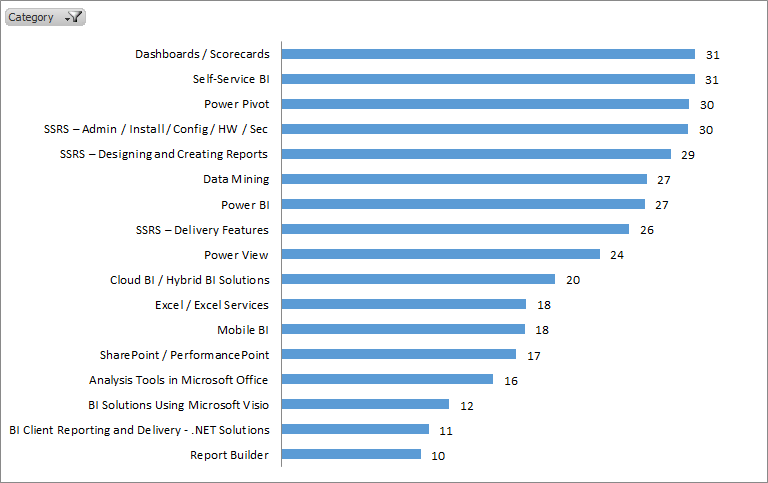 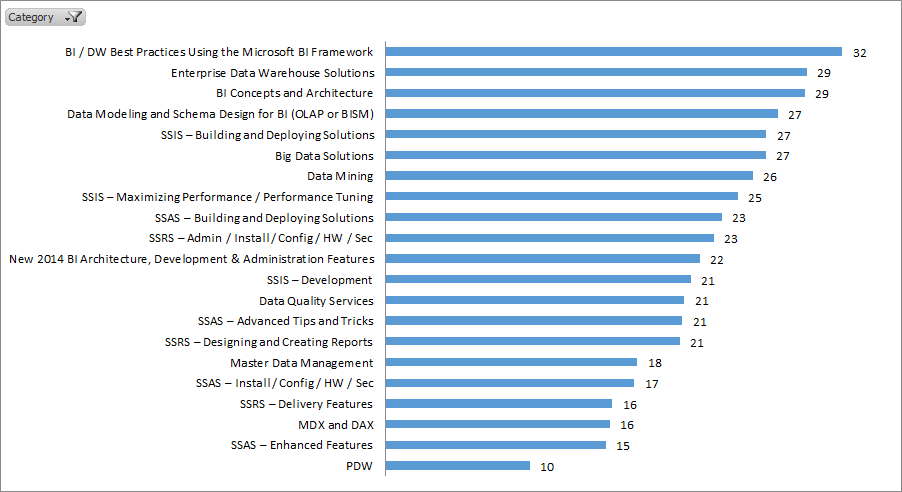 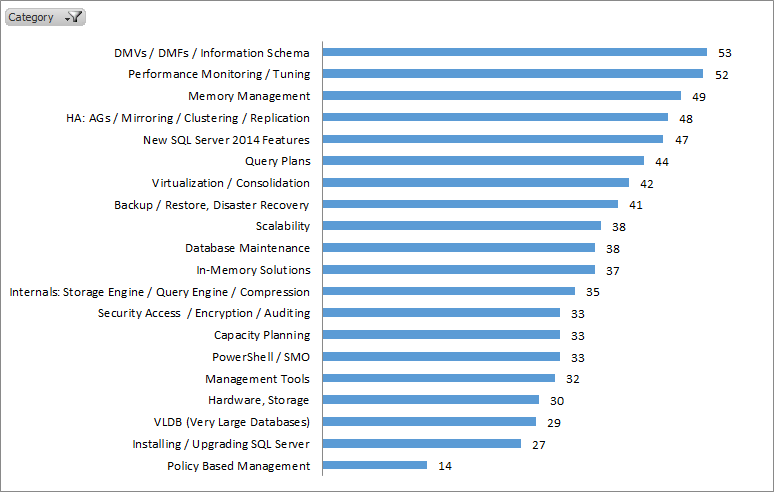 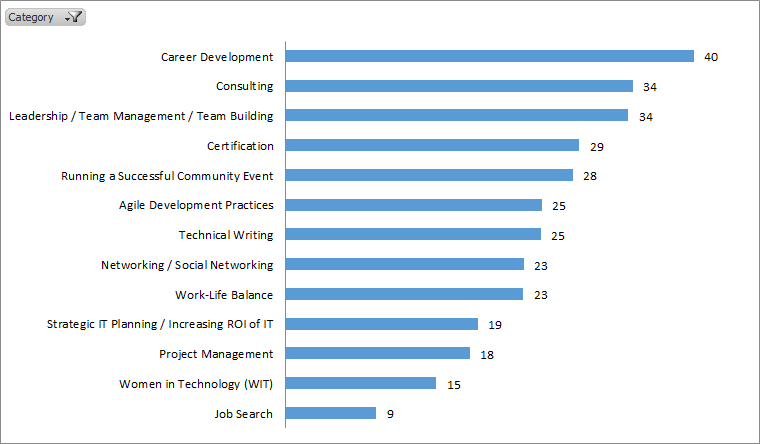 Looking at the data, I find a few interesting narratives:

There are many, many different lessons and conclusions you can draw from this data, so I’ll let you speculate about the rest. Enjoy!