What do *YOU* want to read about?

I would like to make my blog as relevant as possible to readers. What would you like me to blog about? I’ve chosen from my areas of expertise, so expect 300-500 level posts in each of these areas.

Comparing strings regardless of collation

How do you know if one string value is the same as another? The obvious way is an equality check, such as:

However, there are a few limitations there, especially if you use the default SQL Server collation, which is case-insensitive. For example: 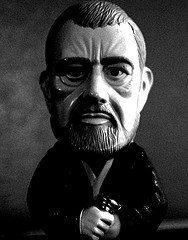 That will return 1, saying the two strings are identical. According to the collation rules, they are. Practically, they aren’t.

The workaround: Use varbinary

The workaround is to convert the values to varbinary() before comparing them, because the binary representation of these values is different, regardless of collation. This works with XML as well.

Here’s the same example, with a varbinary conversion:

This now returns 0, saying the values are in fact different. Hoorah!

The one caveat is that you pay a CPU performance penalty for doing convert() calls. In the example above, a comparison using 50K rows took 16 ms of CPU time normally, and 63ms of CPU time with the varbinary conversion.